See old Tehran beyond its concrete face, smoky and crowded today. Travel with us to relive the pure moments of the past of the Iranian capital with the millenary history of the ancient age, in the excavations of the 70s north of Tehran, tombs were found with the artifacts dating back to 1200 years BC. this proved that tribes with certain levels of civilization lived in this area, these objects are now in the National Museum of Tehran.

Tehran is located in a plain that slopes towards the south, at the foot of the Alborz mountains. The city is located in an altitude of 1,100 meters above sea level in the southern part, at 1,300 m. in the center and at 1,700m in the north. 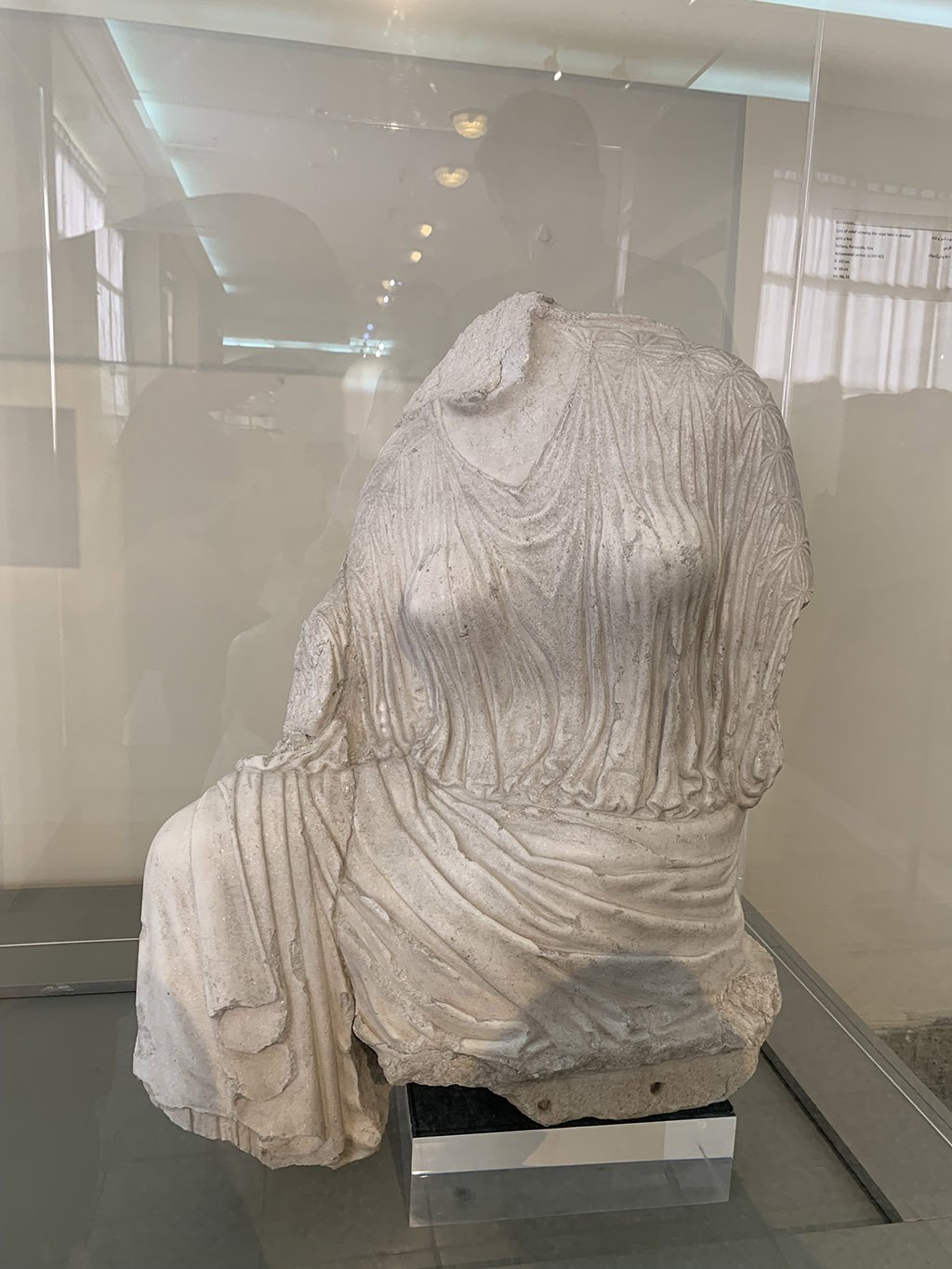 The climate is mild in spring, hot and dry in summer, temperate in autumn and cold in winter for the first time, the Greek historian, Theodosius in his manuscripts names this village near the present city of ancient Rey, Raja named in the Bible, (where the story of Tobit and Tobit happens) then always by different historians it is remembered as a beautiful village with a very pleasant climate and full of gardens north of the city of Rey.

However, it can be said that Tehran becomes more important after the destruction of Rey by the Mongols in 1228.

Finally in 1500, according to the order of Shah Tahmasb I of the Safavid dynasty, son of Shah Ismail, the founder of this dynasty, this settlement attracted the attention of the King and only because the capital of Shah Tahmasb I was Qazvin and he often wanted visit Hazrat Abdul Azim (AS) and have a resort near the holy shrine. Historians have written that: "Shah Tahmasb ordered a city wall to be built around Tehran. 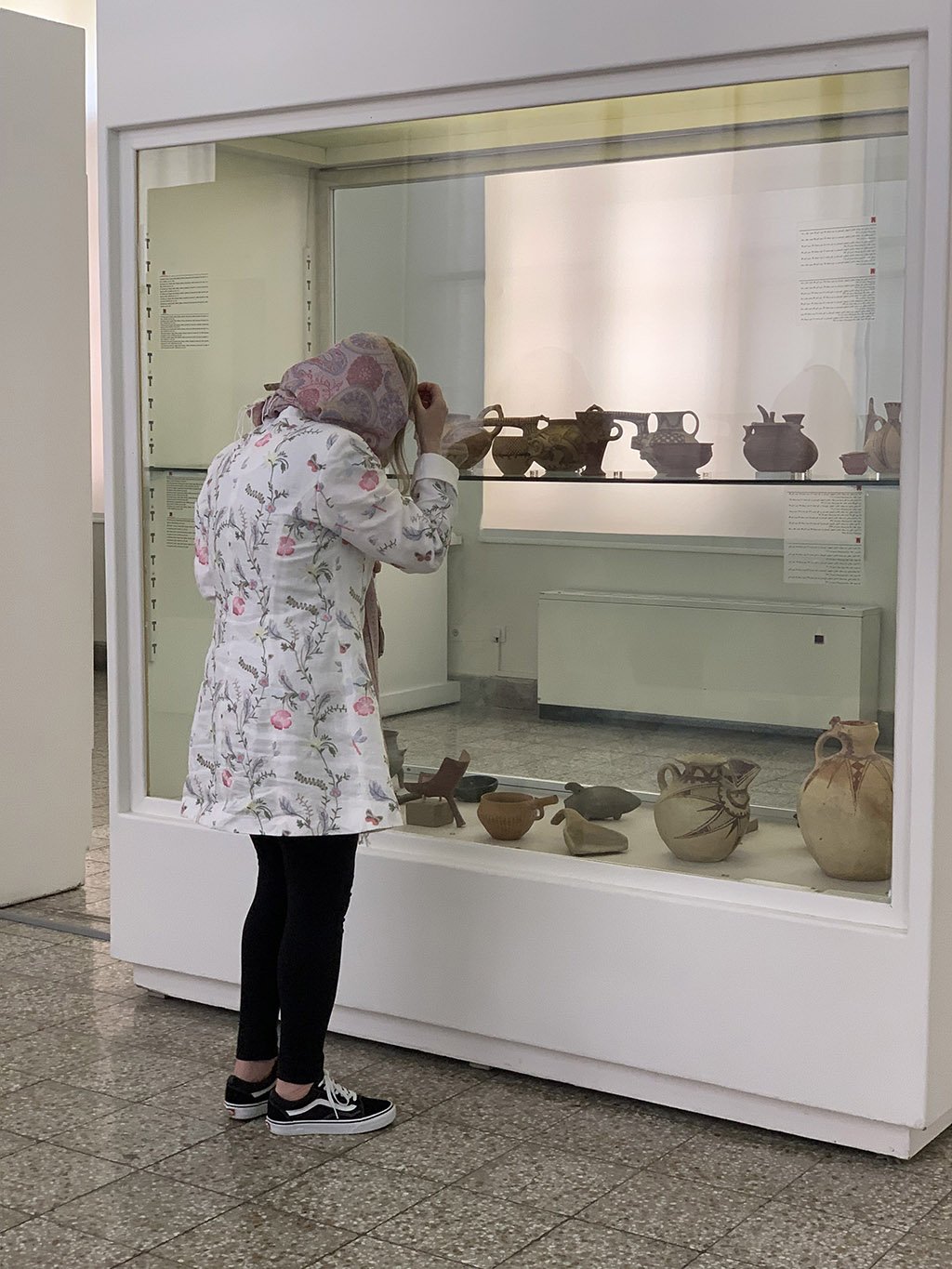 Pietro della Valle, in 1618 AD. lived at the court of Shah Abbass I, for more than 20 years, wrote: “This settlement is large, but has a small population. Tehran has no advantages other than its vast, fertile, well-watered lands. The people of Tehran are farmers, farmers and their crops are nothing but wheat, barley and beans. Of course, they also have flocks, they also made wool and all this wool was transported to Qazvin and Qom.”

The Qajars were originally from a Mongol tribe, who arrived in the Islamic countries of the time with Genghis Khan and his successors, settled in Shamat and especially around Armenia. This tribe assists in forming the Safavid Shah dynasty with the help of Safavid Shah Ismail, the founder of this dynasty. But in later centuries in Astarabad and Gorgan area, they gained much power and glory in the late Safavid era and also in the court period of "Nader", one of the geniuses of his time, after the Safavid dynasty which lasted more than 200 years, the Afshar dynasty and after the Zand came to power. Which were dropped by "Agha Mohammad Khan Qajar".

Around the same time, French republicans had come to power in the West, and "Bonaparte" was on the verge of having intercourse with Agha's successor Mohammad Shah, sending an outstanding ambassador to his court along with countless gifts, military advisers and arms and foliar tools.

The situation in Tehran when Agha Mohammad Khan Qajar entered the city,

In the first decade of his reign, Tehran began to develop significantly.

"Monsieur Olivier", a French politician and doctor who came to Tehran at the time of the rise of Agha Mohammad Khan Qajar, describes the new capital of Iran as: Damavand mountain is 60 km east of Tehran, it is the most higher than all the peaks of this mountain range and is always covered with snow in all seasons and sometimes smoke comes out of its peak. "People believe that the soul of one of the wicked kings of Iran is tormented on this mountain."

Development of Tehran in the time of Agha Mohammad Khan

"Monsieur Olivier" wrote in his notes after referring to historical records of Tehran and Safavid buildings and the destruction of those buildings in the Afghan sedition: "Agha Mohammad Shah, who established his capital in this city, built good caravanserais and good places like today, Tehran is considered the best city in Iran. The royal ark and the palace have the fullness and goodness of the palace and garden decoration, and the abundance of water.

The different kings of the Qajari dynasty period built royal palaces and other important buildings such as: Dar al-Fonun was the name of an institution founded in 1851 AD. at the initiative of Mirza Taghi Khan Amirkabir during the reign of Nasser al-Din Shah Qajar to teach new science and technology in Tehran. Dar al-Fonun can be considered the first university in the modern history of Iran. The Dar al-Fonun building is located near the Central Bank treasury museum in central Tehran.

At the time of the founding of the Qajar dynasty, Tehran had a population of around 15,000 and the city was very limited.

Agha Mohammad Khan Qajar, founder of the dynasty was killed by three of his servants at the height of his power and his victory. At dawn on June 17, 1797, when "Khajeh Tajdar" was sleeping in the camp of his victorious army, located in one of the conquered castles of the city of Shushi (Georgia).

Agha Mohammad Khan and Nader Shah had the same end, with the difference that the Afshari dynasty, after the death of Nader Shah, soon became extinct, but the Qajar dynasty was established for another hundred and thirty years, and of the Qajar dynasty six kings ascended the throne.

With the fall of the Qajar dynasty and the interest of the British to have the strategic situation of Iran under control, it was the choice of Reza Khan who was a sub-official but very skilled.

“Reza Shah Pahlavi Shah of Persia (1878-1944), founder of the short-lived Pahlavi dynasty. Joining the army, he quickly rose through the ranks of the Cossack Brigade, an assault unit of the Qajar army, during the First World War, assuming its command. After fighting the Soviets, in 1920, in the constitutional government of the last Shah Qajar, Ahmad, during which he was the head of the army and the author of the modernization of the Iranian armed forces. In 1923 Shah Ahmad left the country; in 1925, Reza Pahlavi was announced the Shah of Persia. During his reign he made very important economic and social revolutions, all for modernization, while the great powers always had and wanted their interests in this country.

During the invasion of Russia (1941), to prevent Germany from blocking supplies to the Allies through Iranian territory, Great Britain and the Soviet Union invaded the country, forcing Reza Shah to abandon the kingdom in favor of his son Mohammad Reza Pahlavi and leave the country for exile to South Africa, where he died.

A very important international event happening in Tehran in the period of Reza Shah is The Tehran Conference 1 of 1943. With three leaders, Stalin, Roosevelt and Churchill.

Mohammad Reza Shah also followed in his father's footsteps for the modernization of the country.

The city was strongly developed after the Second World War, especially since the 1960s.

In 1979 when the Islamic revolution happened, Tehran had a population of 4 million while now it reaches 15 million during working hours.

Of significant importance is the Milad Tower, located in the center-north of the metropolis, which is among the tallest self-supporting towers in the world, and is part of the Tehran skyline.