In Iran there are 24 Unesco heritage sites, on this trip 9 cultural ones of them are visited: Golestan Palace in Tehran, Persepolis and Pasargade in the Fars region, Naqsh-e Jahan Square and Emam Mosque in Esfahan, Susa, Choqa Zanbil, hydraulic system of the Shushtar Complex and Fahadan Historic District.

Transfer to the airport and departure for Ahvaz (flight duration of about one hour and twenty minutes). 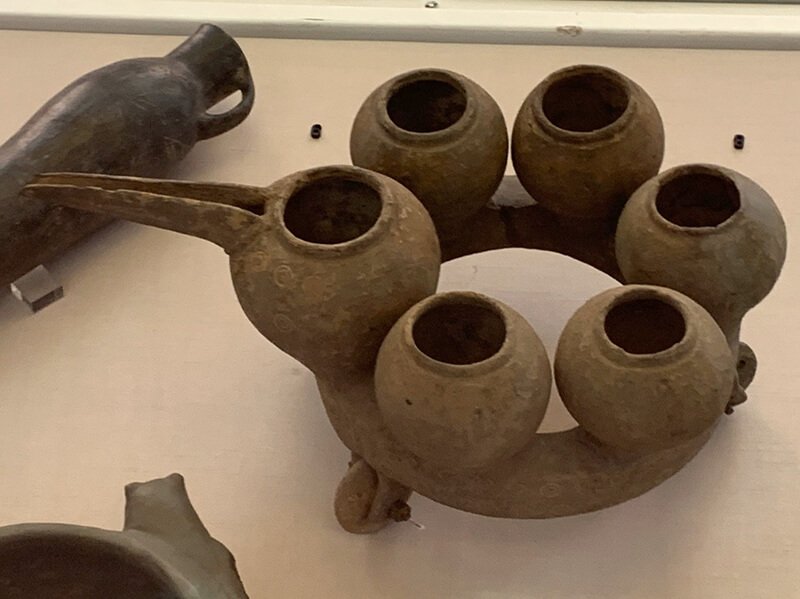 The day is dedicated to the archaeological excursion to ancient Susa (a UNESCO heritage site), the Elamite city which for its size is comparable to Persepolis, which disappeared after the fourth century and was rediscovered by English archaeologists in the second half of the nineteenth century.

Continuing the visits, you will arrive at the Choqa Zanbil site (a UNESCO heritage site) where you can explore the Ziggurat and the temple of the Elamites of the ancient Mesopotamian civilization.

The next stop will be in the city of Shushtar where you will take a walk to the hydraulic system, a UNESCO heritage site which includes Salasel Castle, a tower used to measure the height of the water, mills, dams and bridges.

Return to the hotel in the evening. Overnight.

In the morning transfer to the city of Shiraz, on the way a stop to visit the ancient Sassanid city Bishapur rebuilt by the Roman legionaries prisoners and exile of Valerian, on the banks of the Shapur river. In a steep gorge there are six huge bas-reliefs commemorating the victory over the Romans.

Nearby you can visit the Tangh-e Chogan site. 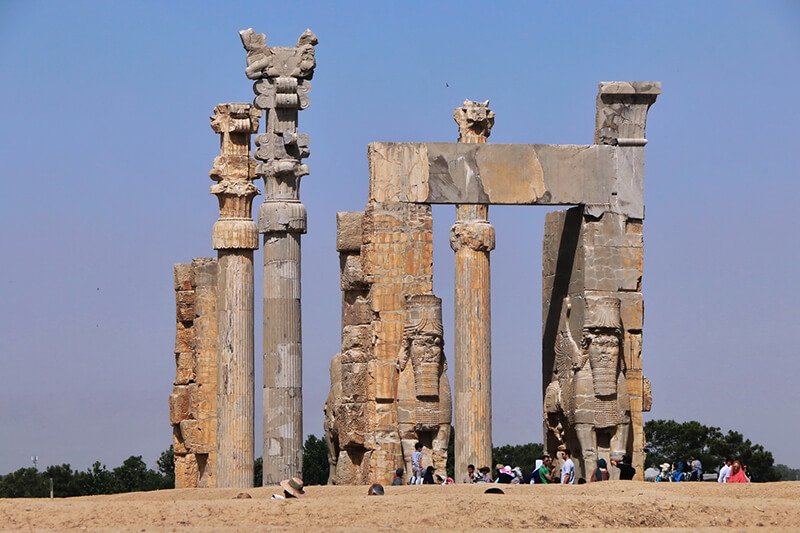 The day is dedicated to visiting Shiraz which is known for its gardens and for some important monuments such as the Nasir ol Molk mosque famous as the pink mosque, the Vakil complex which includes Vakil Mosque, Vakil Bazaar and the Hammam. In addition: the fortress of Karim Khan (to be visited from the outside), the caravanserai of Moshir, the Eram garden, the Koranic school of Khan and the Hafez Mausoleum, the Iranian popular poet who steals the heart of those who read his ghazals. 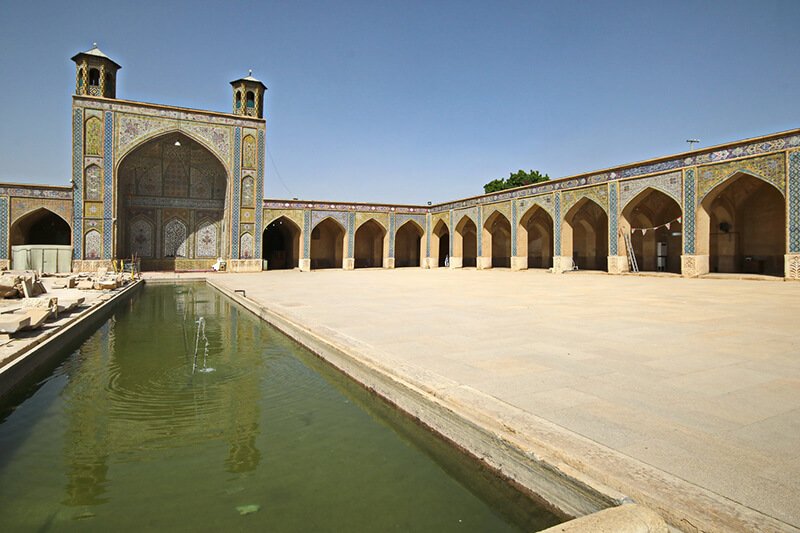 Departure for Kerman, on the way a stop to visit the citadel of Neyriz, where the Kabir's Jamé mosque is located, which is the oldest in Iran also famous as a mono Iwan mosque. Continuing the journey, in another stop we visit the royal palace of Sarvestan, from 400 A.C. of the Sassanid king, Bahram Quintus.

We leave for Kerman, arrival in the late afternoon, hotel accommodation and overnight.

Departure for an excursion to visit two places around Kerman. First, we visit Rayen, a splendid citadel, similar to Bam (badly damaged by the 2003 earthquake). The fortified citadel, a typical example of ecological desert architecture, built in the Sassanid period in 400 A.C., covers an area of about 4 hectares. The city divided in to districts where the houses are located, which can be visited, and the bazaar is crowned by 15 towers. The visit is an extraordinarily interesting experience.

In the afternoon, continuing towards Mahan, on the way back to Kerman, the blue dome of the mausoleum of Nur-ed-Din-Nimat Allah from the 16th century, a mystical poet and theologian of the dervishes, immediately attracts attention.

In Mahan you can also visit the Prince's Garden, a particular example of the Persian gardens.

Return to Kerman and visit the lively traditional Bazaar of the Ganjalikhan complex and the Friday Mosque (Masjed-e Jameh). Overnight. 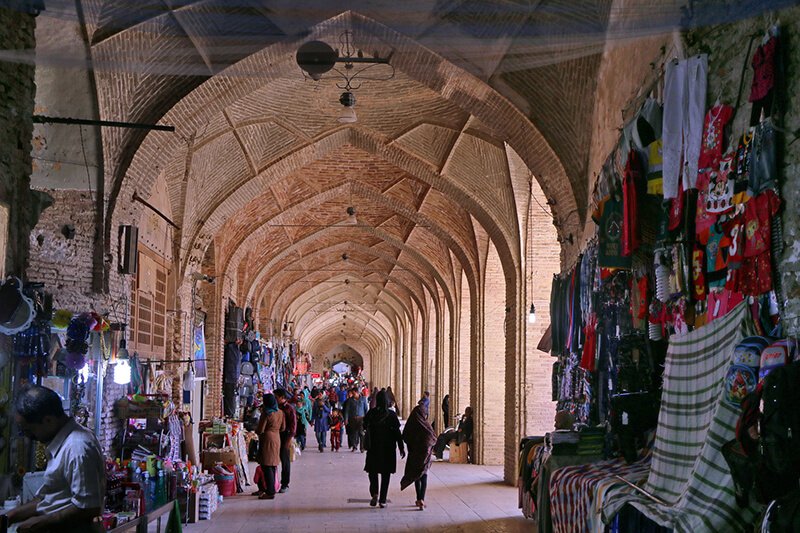 In the morning departure for Yazd, a clay-colored city which rises on the edge of two deserts: Dasht-e-Kavir and Lut desert. It is famous for its Badghir, the characteristic ventilation towers on the roofs of the houses.

Arrival in the city and start of visits: the "Sacred Fire" the temple where a flame that has been burning since 470 A.C. is preserved, the "Towers of Silence" two barren hills, where the Zoroastrians left their dead to the vultures to pluck their bones . 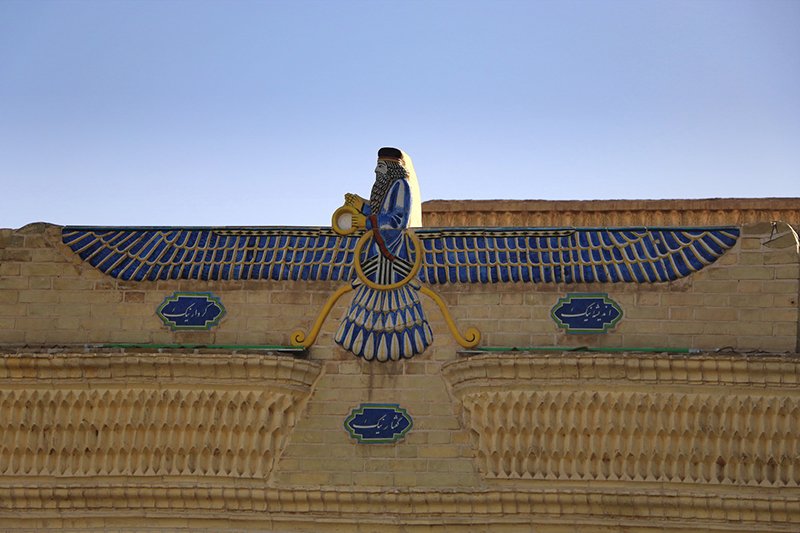 The day dedicated to completing visits to Yazd: The Friday Mosque (Masjed-e Jameh) which features a majolica-clad portal among the most beautiful in Iran and the Mirciakhmaq complex, with the beautiful square and the bazaar, the ancient district of Fahadan protected by UNESCO. 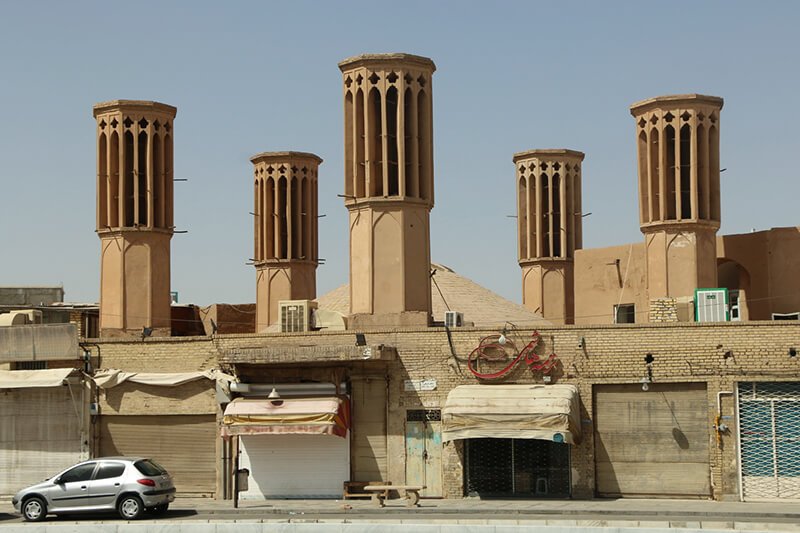 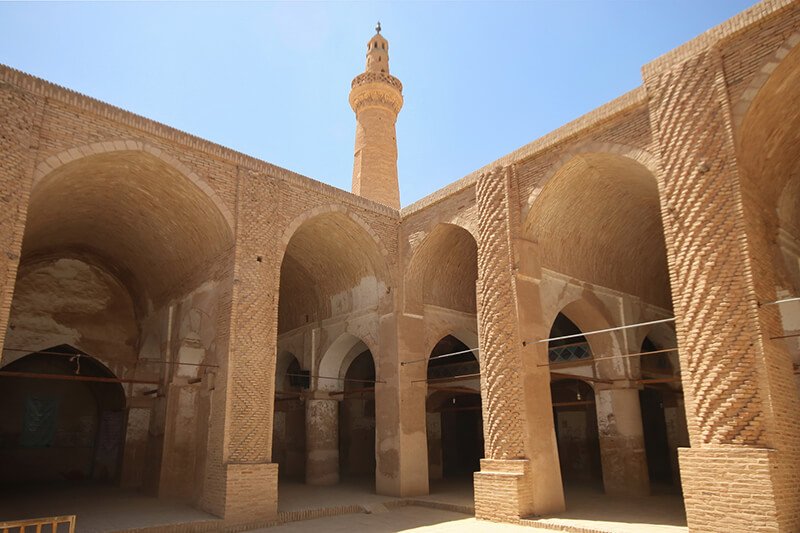 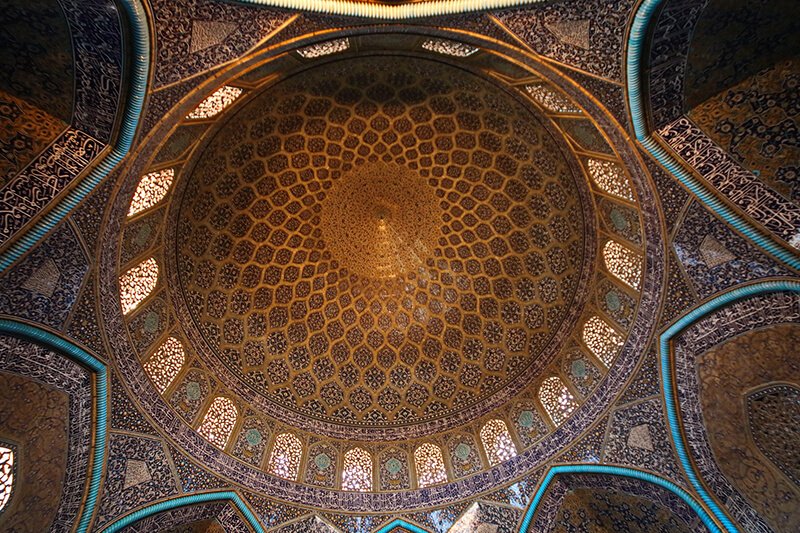 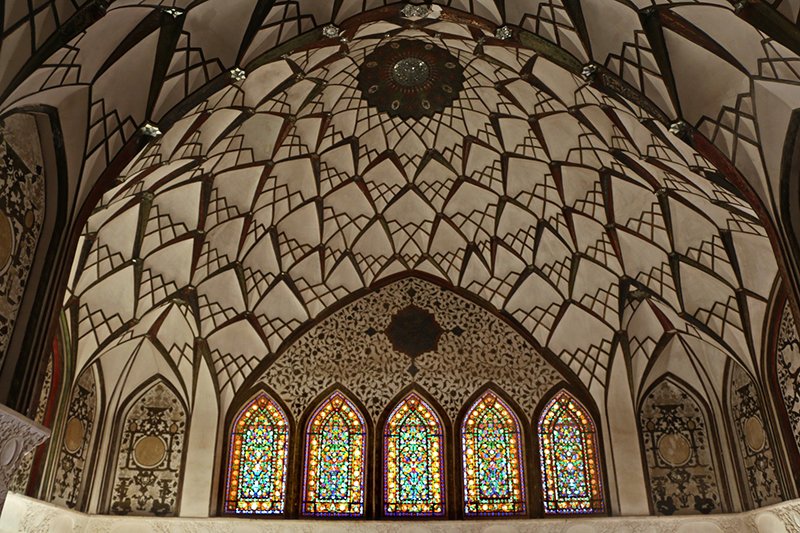